What are the consequences of radiation exposure/ poisoning ?

Home / Dr. Ralph Answers your questions. / What are the consequences of radiation exposure/ poisoning ?

What are the consequences of radiation exposure/ poisoning ? 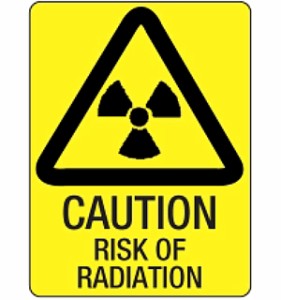 The threat or the possibility of radiation exposure is certainly a very real one , given the state of the world with large numbers of terrorist groups bent on our destruction ( or capitulation ) , rogue states such as North Korea and Iran possessing nuclear weapons and of course the ongoing saga of Fukushima .

According to the CDC there are several factors/variables which come into play that will determine the consequences of your radiation exposure , such as : The amount of radiation you were exposed to , the type of radioactive material, the way you were exposed and the length of time of your exposure. I would also add the distance you are from the exposure and the density of the barriers between you and the source of radiation .

At this point I should digress a moment and explain the different types of medications you could be potentially exposed to. There are four basic types of radiation : alpha, beta , gamma and x radiation.

Alpha radiation is a very heavy particle that is extruded from the nucleus of a helium atom . Since it is so heavy it cannot travel far and is thus a threat for a very short distance.In fact , in air alpha radiation can onlytravel a few inches. The good news is that alpha radiation cannot penetrate the skin . The only way it can do so is thru an open wound or abrasion where the skin is compromised.  You can however ingest alpha radiation by swallowing it , or inhaling it. Alpha radiation is non penetrating , and cannot even cross a thin layer of dust , water , paper  or clothing.  Examples of alpha radiation are radium , radon , uranium and thorium.

Beta radiation is produced by an ejected electron and is a light particle but it can only travel a few feet in the air , and is characterized as only moderately penetrating. When the body is exposed to beta radiation it travels down to the base layer of the skin. Prolonged exposure to beta radiation can damage the skin , it also can be harmful if internal exposure takes place. Clothing can provide partial protection from beta radiation. Examples that emit pure beta radiation are strontium- 90 , carbon- 14 , tritium and sulfur-35.

Gamma radiation and X radiation ( X rays) produce highly penetrating electromagnetic radiation.  These types of radiation penetrate most materials ( except lead ) and travel many feet in the air and through the human body.  Gamma radiation and x radiation are electromagnetic radiation like x-rays , visible light , radio waves and ultraviolet light . These all vary in the amount of energy they carry with X-rays and gamma rays being the most powerful. You should note that clothing provides no shielding from penetrating radiation but it will protect contamination of the skin by gamma emitting radioactive sources. Some examples of gamma emitters are iodine-131 , cesium-137 , cobalt-60 , radium-226 and technetium-99e.

Nuclear explosions produce the entire gamut of types of radiation at different times in the explosion process , with the gamma rays being the most deadly due the their high energy and their ability to penetrate thru objects.

Once inside your body they can cause all kinds of problems , but some radioactive materials depending on the type can be eliminated in your sweat , feces or urine ( which in turn will be contaminated and could result in someone else being exposed and contaminated ).  Radiation travels as waves or particles emanating from radioactive materials , any contact with this results in exposure but not necessarily contamination. Remember that many people will have radioactive dust on their clothes , hair and body surfaces and if they come into your home or contact you ( hugging etc ) they can easily contaminate your home and expose you to radiation .

A key point to remember is that there is no way for you to detect radiation with your senses , in other words you cannot see it , smell it or feel it on your body , so without a meter of some type you will have no sensation to your exposure.

If you are exposed you can greatly increase your chances of preventing radiation sickness and/or surviving by following some simple rules.  Rule number one , put as much distance between yourself and the source of the radiation .The further you are from the source the more it will weaken .  Immediately remove all your outer layer of clothes , this will prevent external contamination from becoming internal. Place any of those clothes in a plastic bag and remove them as far away as possible , be careful not to expose any of your skin , especially any cuts or abrasions that will make entry of radiation easier .

The next step is to decontaminate yourself , you can do this by stripping down and washing your body with warm water and soap , be careful not to expose areas that were covered and not previously exposed . You should also close and lock all windows and doors making them as airtight as possible . You should move to the center of the building you are in , since radiation exposed on the roof or outer walls may eventually penetrate them. Going to the basement is the best option , but if not , just move to a center room . Close all vents ,fans , fireplace dampers , air conditioning , forced hot air heating etc , these will only draw in outside air that is contaminated . You should also remember that besides distance from its source , radiation also weakens with time . If you have news from the outside world and know what is happening then you can best determine how long to stay inside , without such information the most prudent thing to do is to stay inside for a minimum of 24 hrs , if you have no idea , then I would stay inside as long as possible , maybe seventy two hours or more.

If you are caught outside , a car is poor protection , but it is still better than nothing. Try to get to a brick or concrete building asap , and go to its basement or inside rooms. First, before you enter the building you need to shed any contaminated clothing etc. If you are caught outside you should put as many layers of clothes on and cover your head and any exposed skin . You should put a mask on or at the very least cover your mouth with a cloth to cut down the entry of radiation into your lungs.

The reason you want a brick or a concrete or stone building is because the more mass you can place between you and the source of the radiation the more you are shielded. So a stone or concrete or brick building is much thicker of a barrier than a wood or aluminum sided structure. When dealing with any source of radiation you can do several things to lessen your exposure. The first is distance, the further you can get yourself from the source the weaker it will be , that is probably the best option , followed by barriers between you and the source of the radiation. The thicker or denser the barrier the better, remember that is why lead is so effective as a radiation shield, it is due to its density (that is also why it is so heavy). Several feet of dirt will protect you , even water is a better barrier than air . The last variable is time, the further away in time you are from the release of the radiation the weaker it will become , hence the reason for hunkering down after an exposure and not going outside for at least twenty four hours and probably longer.

The consequences of radiation exposure are usually divided into short term and long term effects.  The short term effects include what is known as Acute Radiation Syndrome (ARS) and Cutaneous Radiation Injury (CRI).

Acute Radiation Syndrome is caused by acute exposure to high levels of radiation over a short period of time. You will only get ARS if the dose of your exposure was high , it involved penetrating radiation ( able to reach your internal organs) , most of your body was exposed and the total radiation dose was received in a short period of time , usually minutes. The main symptoms of ARS are nausea, vomiting , headache and diarrhea . These symptoms usually occur a short time after exposure , but may be delayed for days and can last for minutes , hours or even days and to confuse matters even further a person may recover and then have his or her symptoms recur at a later time , depending on the dose of their exposure Depending on their dose they may develop lose of appetite , nausea , vomiting , diarrhea , seizures and even coma This stage of serious illness may last days to even months on end.   Patients can also develop skin problems ranging from redness ( like a bad sunburn) to blistering , swelling , itchiness and even ulcers. Complete healing of the skin may take weeks to years , or it may cycle thru healing and recurrence of symptoms . Most of the skin symptoms depend directly on the dose of radiation that it was exposed to.  Hair loss often occurs and this is usually temporary and it will eventually grow back.

Cutaneous Radiation Injury is caused by exposure of large doses of radiation to the skin , most of these patients also have ARS but not all of them necessarily will .  The type of radiation that typically causes CRI is beta , gamma and x radiation. CRI typically occurs a few hours to days after the radiation exposure . The usual symptoms are widespread redness , itchiness, tingling and swelling of the skin.

Some of the long term effects of radiation exposure include cancer, destruction of the person’s bone marrow resulting in overwhelming infections and bleeding and ultimately death. Prenatal exposure also results in many fetal abnormalities such as stunted growth , mental abnormalities ,deformities and cancer at a later time in their lives.

In a Prepper , end of the world scenario the options for treating ARS and CRI are limited by the presumed lack of available medical care.  There are however many treatment options available that I have found in my research , that I go into in my book in extreme detail. All of which are available like all my treatments without the need of prescription medications. I describe the use of various seed oils such as black seed oil , squalene ( from olive and amaranth oils ), curcumin , aloe vera gel , sea salts and a macrobiotic diet, zinc , calendula oil , and baking soda or sodium bicarbonate .

In conclusion I would like to stress the need for Preppers to familiarize themselves with the effects of radiation exposure and how best avoid it and if that fails , then how to treat it properly to minimize its damaging effects and promote swift healing.

About the author: Ralph LaGuardia MD

No comments added yet.